What is HFPA? 2021 Golden Globes group has no Black members

When Hollywood stars deliver acceptance speeches at next Sunday’s virtual 78th Golden Globe Awards ceremony, they will no doubt make certain to thank the Hollywood Foreign Press Assn., the tiny group of international journalists that doles out the coveted trophies.

But who exactly are the members of this insular, improbably powerful group? The answers may come as a surprise to anyone unfamiliar with the HFPA’s long and often scandal-ridden history, which includes fresh allegations of self-dealing and ethical lapses detailed in a new Times investigation.

The 87 current members of the Hollywood Foreign Press Assn. hail from a wide variety of backgrounds, including seasoned film reporters for major publications like Silvia Bizio, a contributor to Italy’s La Repubblica, and Rocio Ayuso, a correspondent for Spain’s El País, as well as others who contribute sporadically to more obscure overseas outlets.

“A lot of them work with outlets I’ve never heard of,” said a longtime publicist who worked until recently with a major studio but declined to be named because the person was not authorized to speak about clients’ business. “We give them amazing access. We are forced to do that because of who they are.”

An HFPA representative said the perception that many members are not serious journalists is “outdated and unfair,” adding that the organization has “a robust admissions and reaccreditation process” and that its members “write for some of the most reputable publications in the world.”

While many members keep a low profile, others are more colorful. Members’ names and bios are not listed on the HFPA’s website, but according to documents reviewed by The Times, among those in the group are Chinese-born actress Lisa Lu, who played the grandmother in the 2018 hit film “Crazy Rich Asians”; former beauty queen Margaret Gardiner, who in 1978 became the first South African ever to win the Miss Universe title; and Indian-born Noel de Souza, who alongside his journalism work played Mahatma Gandhi in an episode of “Star Trek: Voyager,” among other small film and TV roles.

One member, Yola Czaderska-Hayek, is a wealthy socialite whose fondness for fur coats and jewels has drawn comparisons to Joan Collins and who refers to herself on her Facebook page as “the First Polish Lady of Hollywood.”

Another, Alexander Nevsky, is a Russian bodybuilder-turned-actor and filmmaker who has produced and starred in a number of low-budget action films including “Maximum Impact” and “Showdown in Manila.” (“I think I’m the only producer who can lift 100 pound dumbbells and the only bodybuilder who votes for @goldenglobes and produces films,” Nevsky posted on Twitter in 2018 along with a video of himself working out in the gym.)

Meher Tatna, left, is a past president of the Hollywood Foreign Press Assn. With her are actors Kristen Bell, Alfre Woodard, Sharon Stone and Garrett Hedlund at a 2017 Golden Globes nomination event in Beverly Hills.(Michael Kovac / Getty Images)

Geography is a somewhat fluid concept within the HFPA, with members representing a sometimes shifting map of territories rather than simply countries of origin.

An HFPA representative said the association does not “regulate where members work or restrict their ability to earn a living.”

While the HFPA’s ranks include a number of people of color, there are no Black members, a fact a representative says the group is aware of and is “committed to addressing.”

The organization drew widespread criticism for this year’s slate of nominations, which did not include any of this year’s Black-led potential Oscar best picture contenders, including “Da 5 Bloods,” “Judas and the Black Messiah” and “Ma Rainey’s Black Bottom,” among its finalists for the group’s top film prize.

Asked about those criticisms, a representative said: “We do not control the individual votes of our members,” adding, “We seek to build cultural understanding through film and TV and recognize how the power of creative storytelling can educate people around the world to issues of race, representation, and orientation.”

Faced with similar blowback in the wake of the #OscarsSoWhite controversy, the motion picture academy has taken dramatic steps in recent years to diversify its membership, making good on its 2016 pledge to double the number of women and people of color in its ranks.

A significant portion of members are elderly. According to an antitrust lawsuit filed last year against the HFPA by Norwegian journalist Kjersti Flaa, one member in their 90s is deaf and legally blind. (Flaa’s suit was dismissed by a federal judge in November, but an amended motion to the suit is now pending.)

“The HFPA embraces and is proud of its older members, who have added so much to the organization and to entertainment journalism over the years,” said a representative.

Those who have interacted with the organization describe members falling asleep during screenings, hurling insults at one another during news conferences and frequently engaging in personal feuds. Members themselves characterize the group’s meetings as frequently contentious. Asked about the group’s notorious fractiousness, an HFPA representative said, “In an organization comprised of journalists, there are a number of strong opinions and spirited discussions.”

As the market for their journalism has dried up, some HFPA members have pursued outside interests and looked for other ways to supplement their income.

Finnish member Erkki Kanto, for example, has parlayed his fascination with the ancient Chinese art of face-reading, known as Mian Xiang, into two books on the subject and a DVD called “Your Face Tells All.”

Presented with gifts from studios and celebrities, some have turned around and sold them online to make extra money, said the former studio publicist.

Others have at times padded their incomes in ways that have drawn fire from fellow members. In 2017, according to a report in the Wrap, Bangladeshi member Munawar Hosain was found to have scalped his Globes tickets for $39,000 after an internal sting operation and was banned from receiving tickets to the event for the next two years. (In an email to The Times, Hosain denied any wrongdoing, saying he had given the tickets to a friend of a friend who then tried to sell them.) 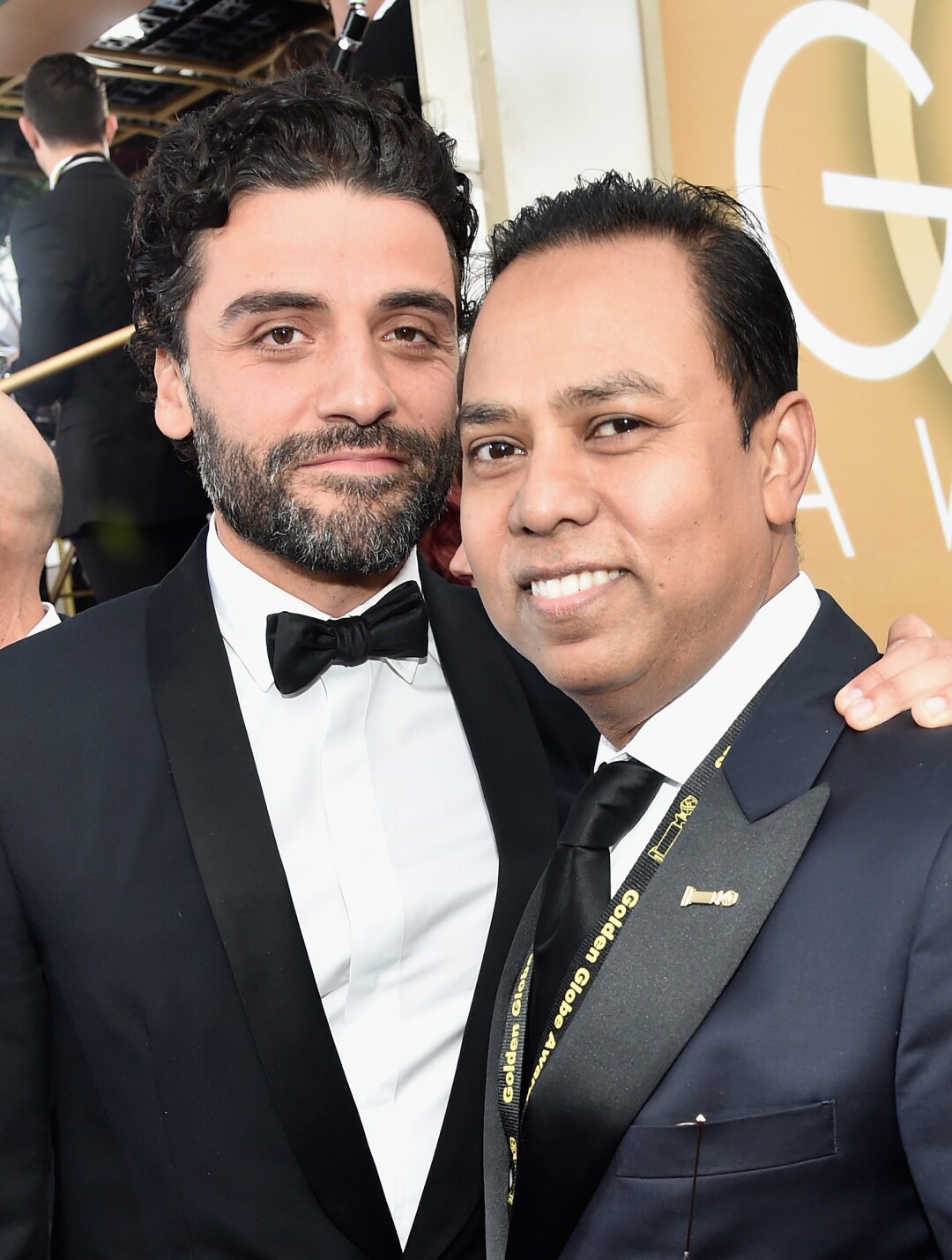 After the incident, according to an HFPA representative, the group took steps to increase the penalties for members selling tickets and regularly works with “outside counsel and private investigators to uncover any evidence of ticket sales.” But several sources say the practice of scalping tickets continues. One marketer told The Times that a member offered to sell tickets to last year’s Globes for $10,000 along with after-party tickets for $2,000.

Throughout its history, the HFPA has consistently maintained its small size. In October, the group admitted three new members, but the net gain was negligible, as two members died the same year.

The HFPA has long claimed it keeps its membership small in order to manage its events and news conferences. However, in his 2014 memoir, former President Philip Berk acknowledged, “Our territorial protectionism was indeed carried to the extreme.”

An HFPA representative said Berk’s views do not reflect those of the organization and that the group “welcomes any and all new members who share the mission of bringing cultural understanding through film and TV.”

Rejected applicants and current members both claim that well-credentialed foreign journalists have been turned away from the group out of concern that they would encroach on members’ professional turf.

“Lots of members aren’t serious journalists,” one member said. “We admit people that are not real journalists because they are not a threat to anyone.” 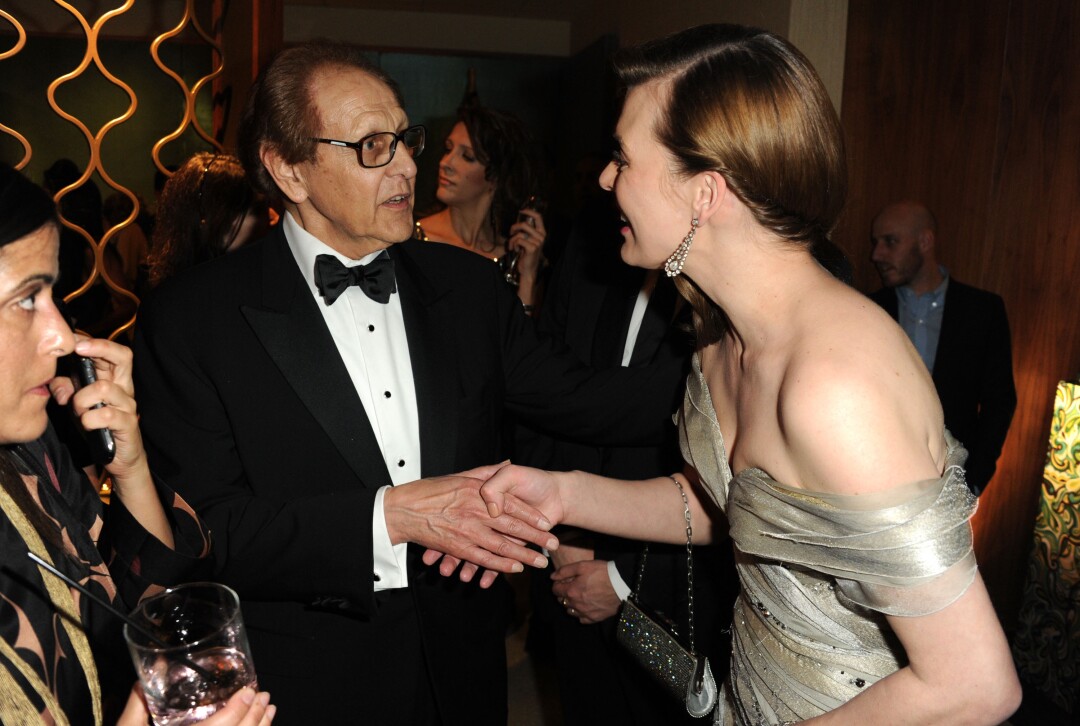 Foreign entertainment journalists who have attempted to join the HFPA, in some cases multiple times, described concerted efforts by existing members to block prospects who might compete with them, subjecting them, according to Flaa’s suit, to “character assassination attacks and dirty smear campaign[s].” The HFPA said Flaa’s claims are “entirely false,” while acknowledging that the group has at times “undertaken disciplinary actions for such behaviors.”

“There was this [member] — we got along really well and she was trying to help me find a sponsor,” Gamazo told The Times. “The other members warned her: ‘Do not talk to regular journalists. They’re not our kind. You need to stick to the group.’”

While working as Hollywood correspondent for the leading French newspaper Le Monde in the 1990s, Claudine Mulard was rejected from the organization three times, with no reason given.

“I was very qualified and actively working,” Mulard said. “At the time, I was the only foreign member of the Television Critics Assn. But that didn’t matter. After a while, I just didn’t insist. I thought they were ridiculous.”

“I don’t understand why journalists outside the organization are treated as threats.”

Two years ago, British journalist Gillian Pringle and another foreign journalist sought to “end the tremendous competitive disadvantage non-HFPA members face” by establishing another foreign press association open to all entertainment reporters, according to her declaration in Flaa’s lawsuit.

However, Pringle said she was told “the HFPA would retaliate against any publicist who granted us access to interview talent and therefore no publicist would.”

“I don’t understand why journalists outside the organization are treated as threats,” said Danish journalist Sara Gerlach Madsen, adding she has had no work since the pandemic began and is struggling to remain in L.A. as a single mother. “The studios, the publicists — everyone is just like, ‘This is how it is.’”

Twice rejected by the HFPA, longtime Austrian entertainment journalist Evie Sullivan said in a declaration to Flaa’s suit that she was subjected to threats and character assassination from a member of the group who accused her of trying to encroach on the HFPA’s turf. Sullivan ended up leaving journalism and has embarked on a new career as a hypnotherapist.

“Today I’d rather have my toenails pulled than join the organization,” Sullivan told The Times. “But it’s about justice and helping my former colleagues who had suffered from the actions of this group just like me.”